A Selection from the Borusan Contemporary Art Collection for the 212 Photography Istanbul
CURATOR: ALİ TAPTIK

The Borusan Contemporary Art Collection was established in the 1990s and at first included Modern and Contemporary Turkish Art. In the 2000s, as works by important international figures including Donald Judd, Sol LeWitt, and Jim Dine were acquired by the collection, a paradigm change began to take shape and with the founding of Borusan Contemporary in 2011, the direction shifted to new media art.

The photographs in the Borusan Contemporary Art Collection include monumental and large-format prints that focus mostly on architecture and landscape. The collection, which focuses on the relationship between technology and art through new media, follows three courses—rather than documentary or narrative projects—when it comes to the photographic medium: works that conceptually consider photography as a medium, works that look at rare examples of natural formations, and works that critically document important works of architecture and the constructed environment. The selection in the exhibition touches on the boundaries of natural and geographical forms with magnificent prints as well as critical documentations magnificent—at times eerie—structures and cities with meticulous but distant gazes.

At the entrance to the exhibition is Olaf Otto Becker’s “Illulissat 13, 07/2015, 69 12' 12" N, 51 14' 30”” (2015), where the artist documented the icebergs in Greenland. This work is an apt example of the boundary pushing associated with the Borusan Contemporary Art Collection both with the use of photographic documentation and the difficult journey to the location. Becker is interested in working with the relationships between the environment, the landscape, and humans and his interest in this location transcends the appeal of the landscape. Exhibited symmetrically from this work is the work of Boomoon, an artist focusing on the emotions evoked by landscapes.

Edward Burtynsky, like other photographers in this selection, with his "Step-well # 2" and "Shipbreaking # 2" works, stands out with his handling of the concept of landscape photographs, production and the impact of these issues on representation. The constructed nature of the landscapes, the depiction of these spaces with their subjects, and the documentary attitude distinguish Burtynsky from representatives the Düsseldorf School, who have a more formal approach to similar themes. Located across from him with photos of the library from Northern Europe, Reinhard Görner points a distant gaze to magnificent spaces of knowledge.

The Borusan Contemporary Art Collection hosts many works by photographers from the Düsseldorf School. When compared with figures such as Ruff, Gurksy, Höfer, Axel Hütte’s work is more serene. Two works by the artist that depict reflections in a forested area are examples of the artist’s descriptions of humanless spaces and the geometrical and structural orders of nature. Michael Wolf, who exhibited in Turkey numerous times, produced “Architecture of Density” in cities such as Shanghai and Hong Kong and we invite viewers to compare the formal attitudes of Wolf and Hütte, exhibited across from each other.

Zeynep Beler, on the other hand, looks at Bankalar Caddesi, which has fallen out of favor during the second half of the 20th century, trying to regain its former glory with the “Correct Lighting” series. Here the artist documents the lighting fixture shops that illuminate Beyoğlu nights. The series allows us to see what the light leaves in the shadows as we look at the ridiculous intensity of an entire street in an Ed Ruscha-like panoramic sequence at night.

Berlin based Finnish photographer Ola Kolehmainen is known for his multiple perspectives that broaden the perspective in the photographic representation of architecture or his extreme narrow angle works that reduce architecture to abstract geometrical layouts. In the room reserved for him, his large-scale work showing the Kariye Museum—one of the works he was commissioned by the Borusan Contemporary Art Collection—is confronted with an expressive photograph by the artist. The “House of Spiritual Retreat” (2012) depicts the stairs of the Cordoba House, the 1975 experimental building in Spain by the eminent architect, designer, and curator Emilio Ambasz.

One of the rooms in Akaretler was reserved for the American artist Lawrence Beck. Beck, who is also defined as a botanical photographer, deals with the relationship between architectural structures and plants from different historical periods. The timeless grandeur of the historical buildings surrounded by trees in his photographs, which evoke feelings of a reflection of the future, makes the viewers think about the temporality of time and the fleeting nature of humans on earth.

The Borusan Contemporary Art Collection can be looked at through various curatorial perspectives; this selection focuses on the monumentalization of the constructed environment and forms of nature. 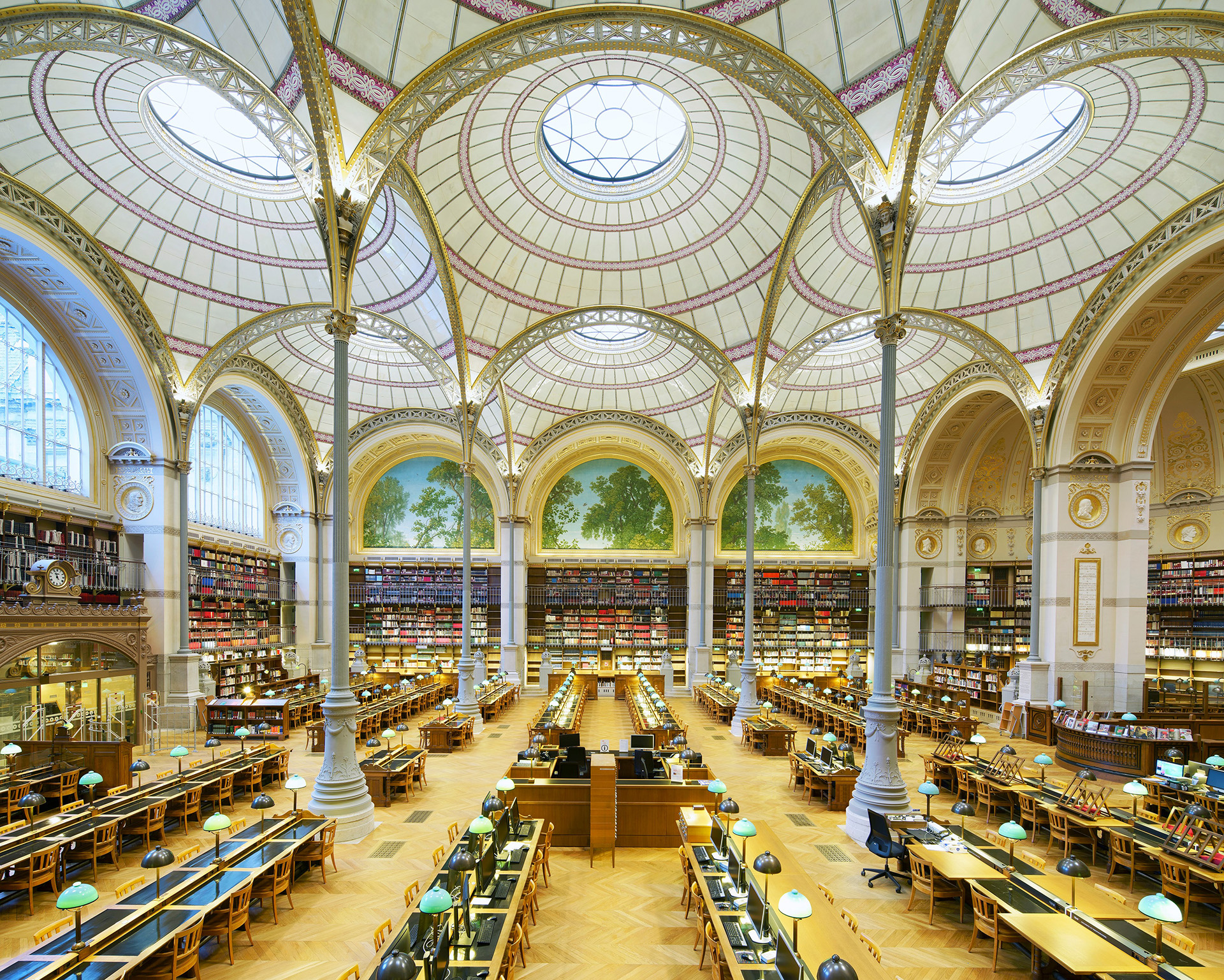