Imagine closing your eyes for a few seconds: your body is tired and your trapped soul is desperately tracing the limits of the body. The spirit struggling to move is tamed within these limits. Suddenly, all the boundaries disappear and the soul becomes free, becomes a body under its own control, lightened and relieved of its burdens. It even transcends the body and glides into eternity, mingling with the waves and hitting the shores. It is possible to feel the spirit that does not fit into this container in different forms often in the works of Bill Viola and teamLab. Could we call life energy the spirit or the unlimited joy of being alive?

Bill Viola, who forgets the transience of the human body by interacting with different elements and making it timeless and often over calmed bodies, brings to mind the eternity of the soul. In fires, but not burning, submerged but not drowning, the bodies are proud to show what they can do as if they have jumped from that invisible threshold of human life. After years of research and experimentation, video is a medium that the artist dominates, helping viewers get rid of their perception of time.

On the other hand, teamLab does not deny the importance of sentiment while skillfully adapting to the modern world from their origins in Japanese traditions. The digital depictions of nature, enriched by the contradictions of nature, invite their viewers to enjoy an innocent play and to enjoy the environment in which they are calmly appreciated. The team's work encourages guests to become participants rather than spectators. Accompanying movements and artifacts, intermingling with the waves and then separating from them creates the nature of the process. 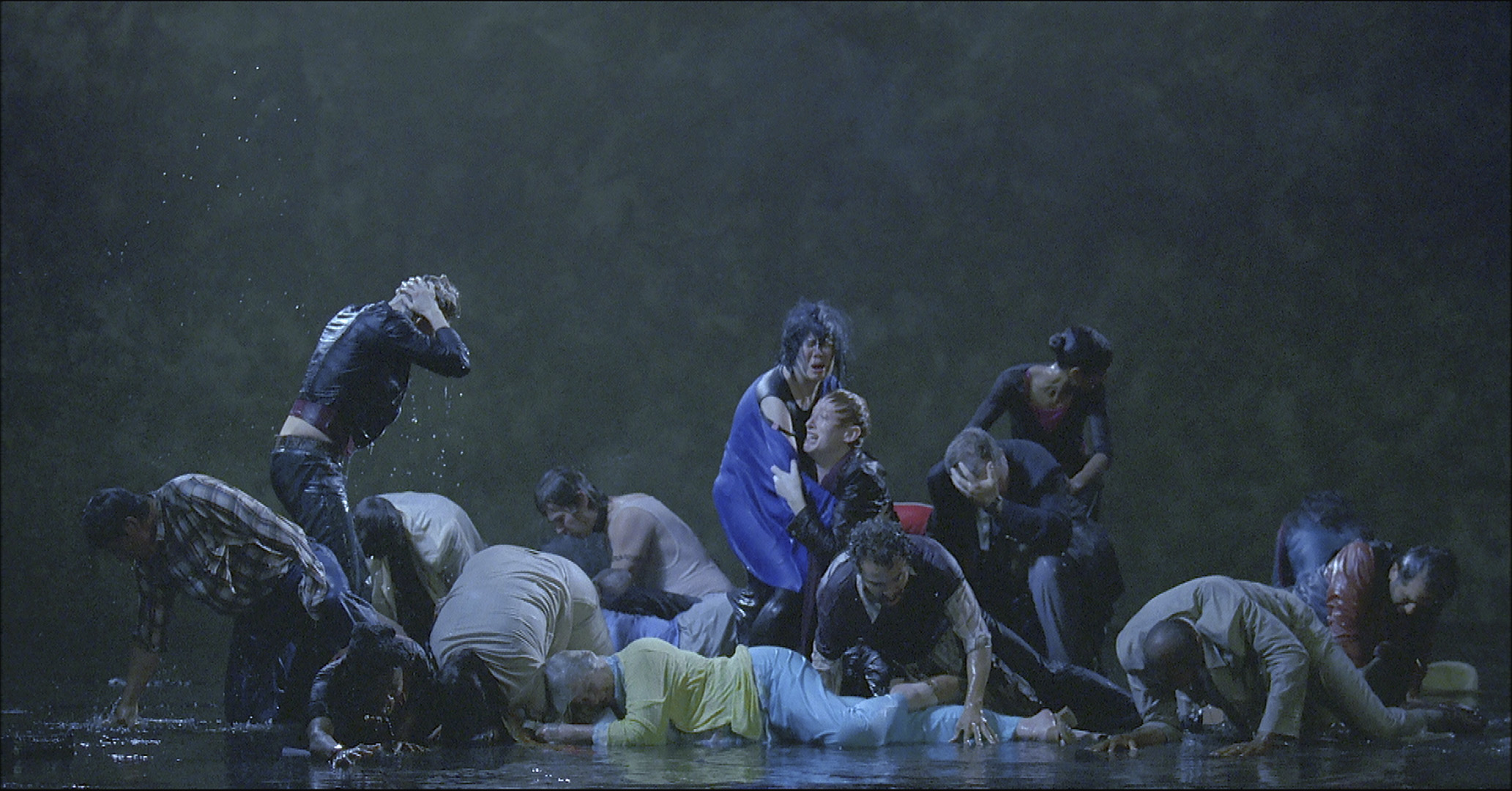 Water plays an important role in he exhibition Bill Viola: Impermanence, on view at Borusan Contemporary until the September of 2020. In Viola's art practice, water can be perceived as a living being as well as a metaphor. The value given to the observable energy of water in the work of both teamLab and Bill Viola stems from the fact that it is fundamentally vital to our existence. On the other hand, the artworks and intellectual worlds fed by Eastern cultures bring together artists with these different practices in the subtlety of their handling of water. Instead of considering water as a part of the landscape, a structure that serves people with a beautiful decor or function that looks beautiful in the background, these artists consider it a living fact. As vivid, powerful and inclusive water, sometimes attacking enough to break down the front, sometimes wrapping around and adding to its own stasis.

teamLab’s work that was exhibited in Istanbul in 2016, Black Waves, is a digital installation that includes sound. How do the waves that are dancing throughout the room position the viewers and how does this work differ from Bill Viola’s Madison from 2013? 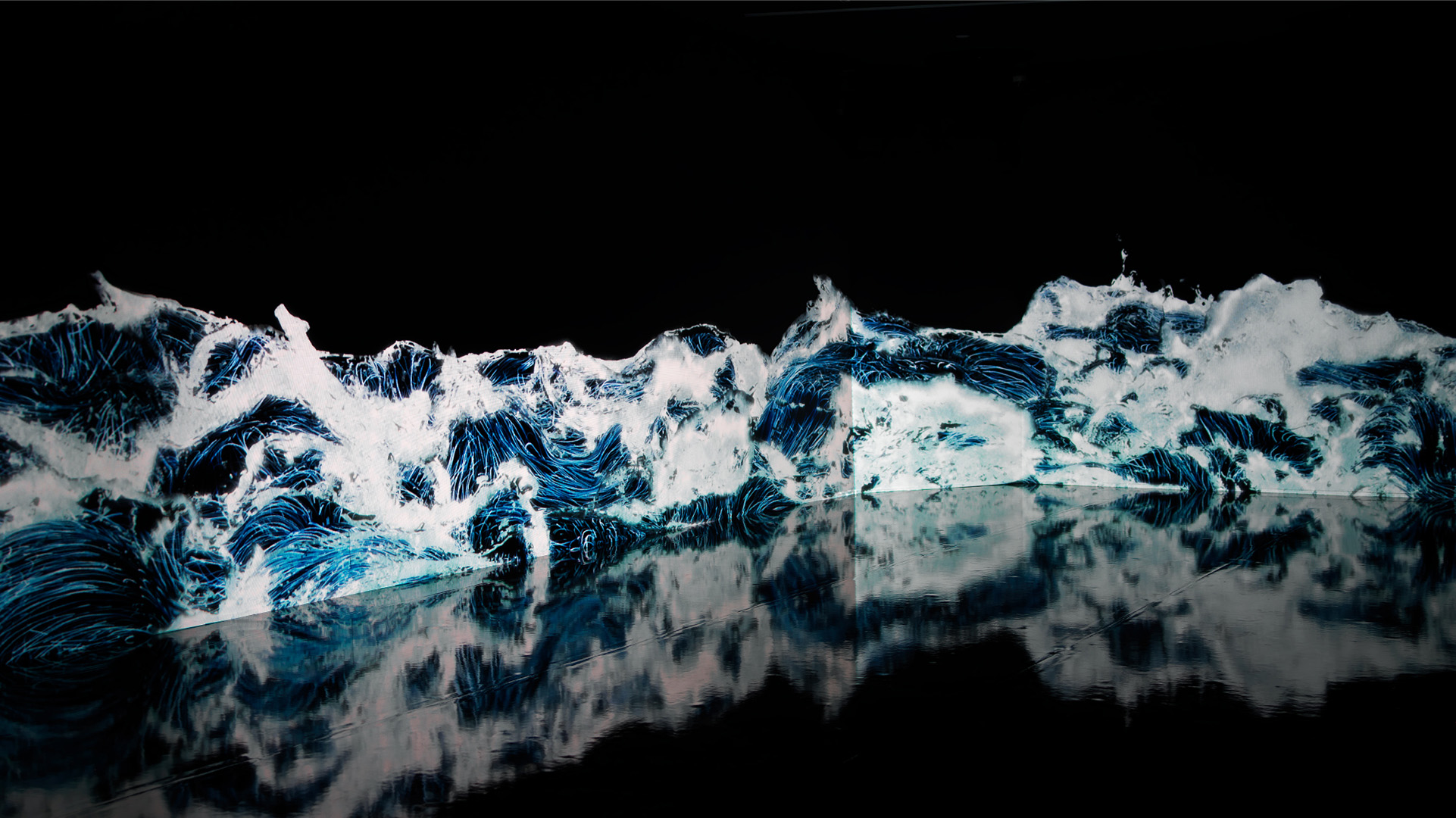 Black Waves, 2016, is a work that allows the audience to wander between the waves that hit the walls of the room from a projection so that the waves hit the human body. Not alienating the viewer, this work invites the viewer to live with all their liveliness. For obvious reasons, especially due to cultural heritage and belonging, the work reminds us of Kanatsawa Oki Nami Ura by Katsushika Hokusai, one of the masters of ukiyo-e, who has an important influence on European art by crossing his geography in art history. But Black Waves, who survived the boundaries of the material, emphasizes its vibrant structure by capturing the waves, the main character in Hokusai's masterpiece, not moving at a steady moment. Although it is a combination of lines and is computer-generated, the work creates a realistic effect just like the waves that hit the shores of the Bosphorus. Among the art productions rising against the systems that make the destruction of nature acceptable today, teamLab and Viola praise nature with their works.

Bill Viola's work Madison brings a young girl underwater. Who knows what kind of adventures she experiences as if she is in a deep sleep, on a journey in the dream world under the water or on the winding paths of the subconscious? In this work by Viola, water includes the young girl, though not physically the viewer. Even if she hadn't been in the water, she would probably have been totally different for us. Gombrich states that in every great work produced throughout history in art, all the interventions that the artist makes and does not do are the result of a conscious choice. The inclusion of water in many of Viola's works is undoubtedly due to the artist's desire to benefit from the various meanings of water that affect human beings.

In his text for the Borusan Contemporary blog, Fırat Arapoğlu touches on Viola’s work, Ascension. “With “Ascension” from the early 2000s, an image of a man falling into the water with his clothes on, the disruption of the serene landscape and the slow-motion capturing of the sinking into the water are captured. The figure moves slowly and gets suspended on the water’s surface, entering the serene landscape and then disappearing into the depths.” According to Arapoğlu, this work which deals with the theme of the life cycle is a work in which I think that water has symbolic meanings and can be considered as an important element as the person in the water. In the water, with the possibilities of the video, the perceived time slows down and the viewer breaks from their own time for a while. The water was used in Viola's works so fascinatingly that the images that were created inspired many artists. Saskia Boddeke immerses her husband in the water, just like Viola's works, in The Greenaway Alphabet, a film about the famous director Peter Greenaway, who is also a painter himself. Undoubtedly, for Greenaway who was afraid of drowning, Viola’s works have a distinct effect.