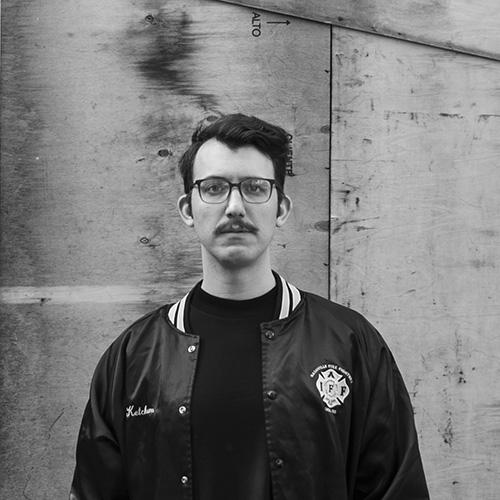 1- Could you talk about your works included in the Borusan Collection?

My works Istiklal Avenue and Hierapolis, both dated 2013, are from the “Clones Project”. In this series, I was using site-specific performances and at times light interventions to create patterns, producing cyclical movements. In these two works, we see two historic and “touristic” spaces, often featured in photographs, that are now lit in an almost impossible light, using only one light source.

2- What is the most important aspect of this piece that people should pay attention to?

The "Clones Project" appears to be made up of computer generated images (CGI) but is based on a performance video as raw material. In fact, it is a cloning technique that can be done also with analogue means. In these two work I shake the light source I carry at a certain rhythm. While editing, I take this recording of many minutes and compress it into one or two seconds, using the superimposition technique.

3- What kind of impact do you hope that your work has?

With my interventions on time, I create cyclical and harmonious patterns that are looped without a beginning or an end. I hope that these interventions in often familiar public spaces that are site-specific and that make our perception of time ambiguous evoke ambiguous feelings. 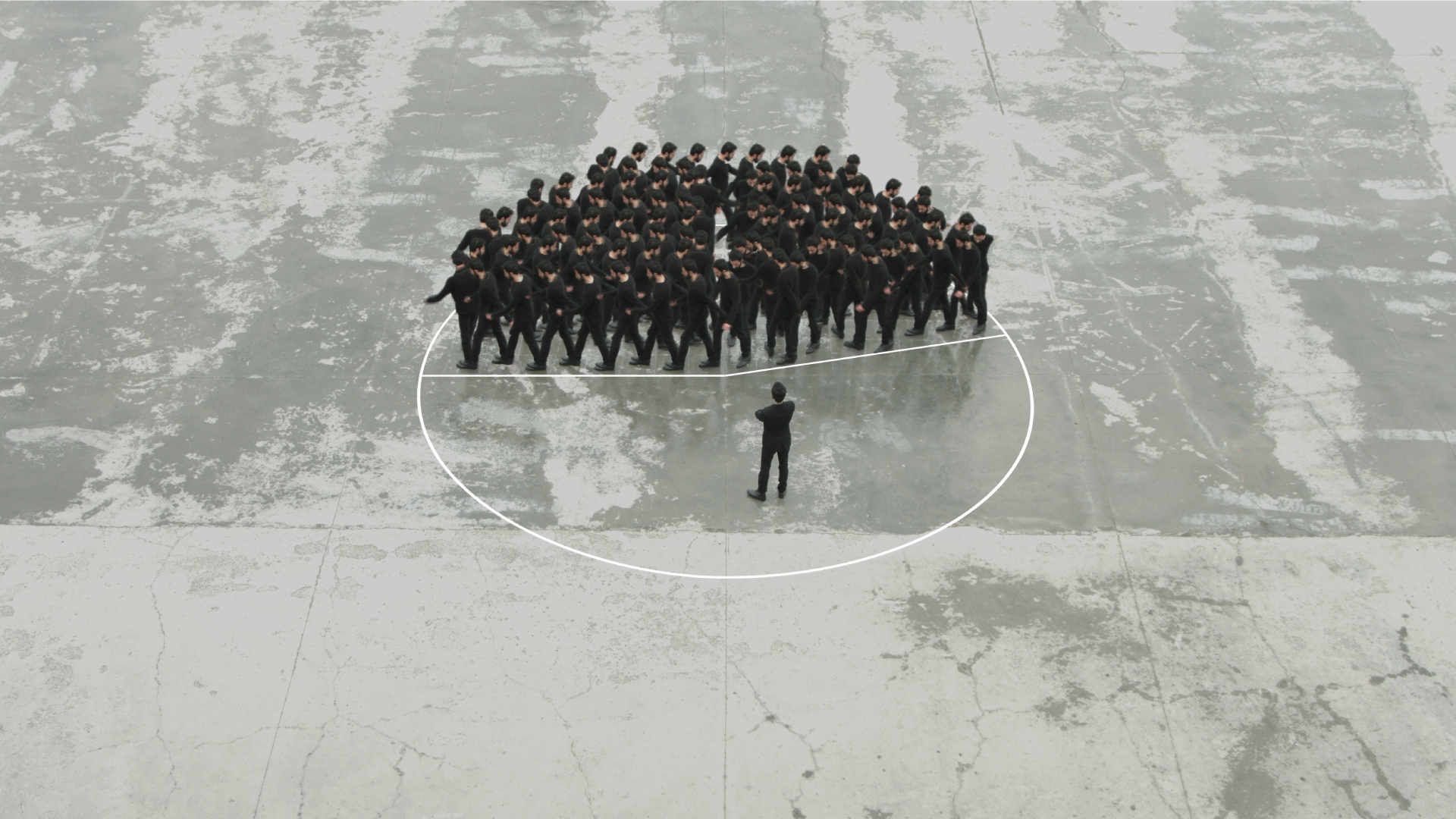 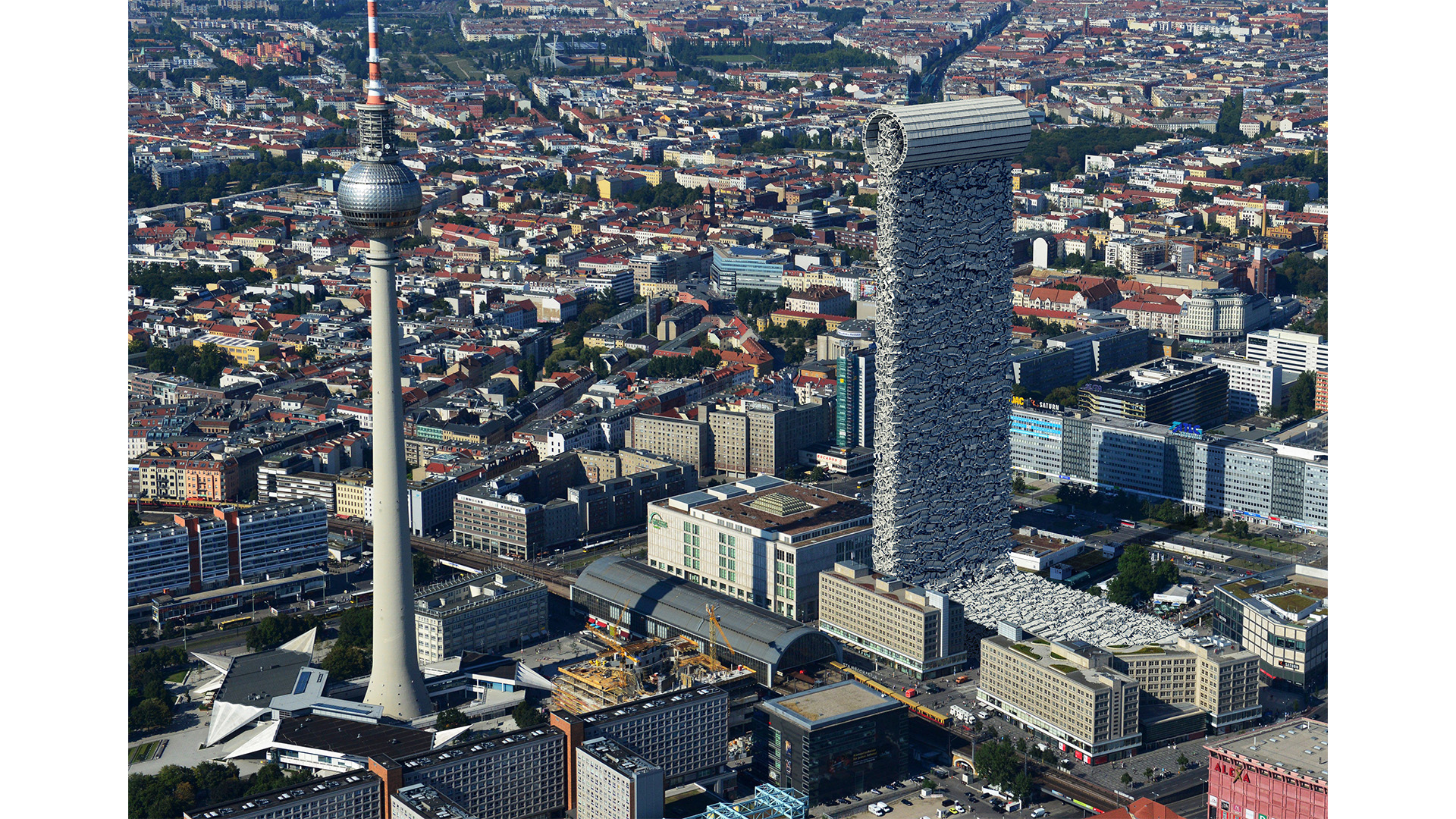 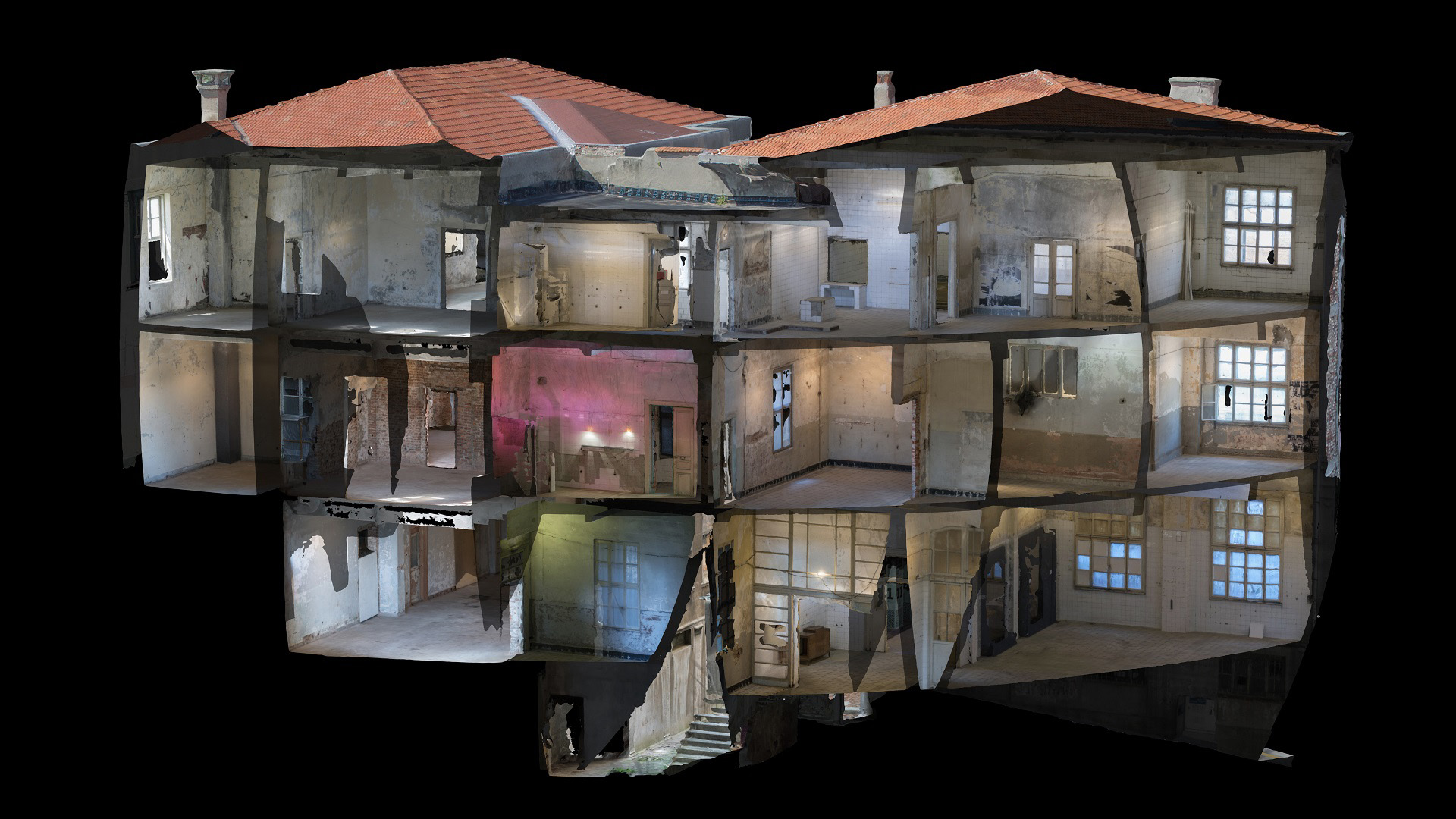 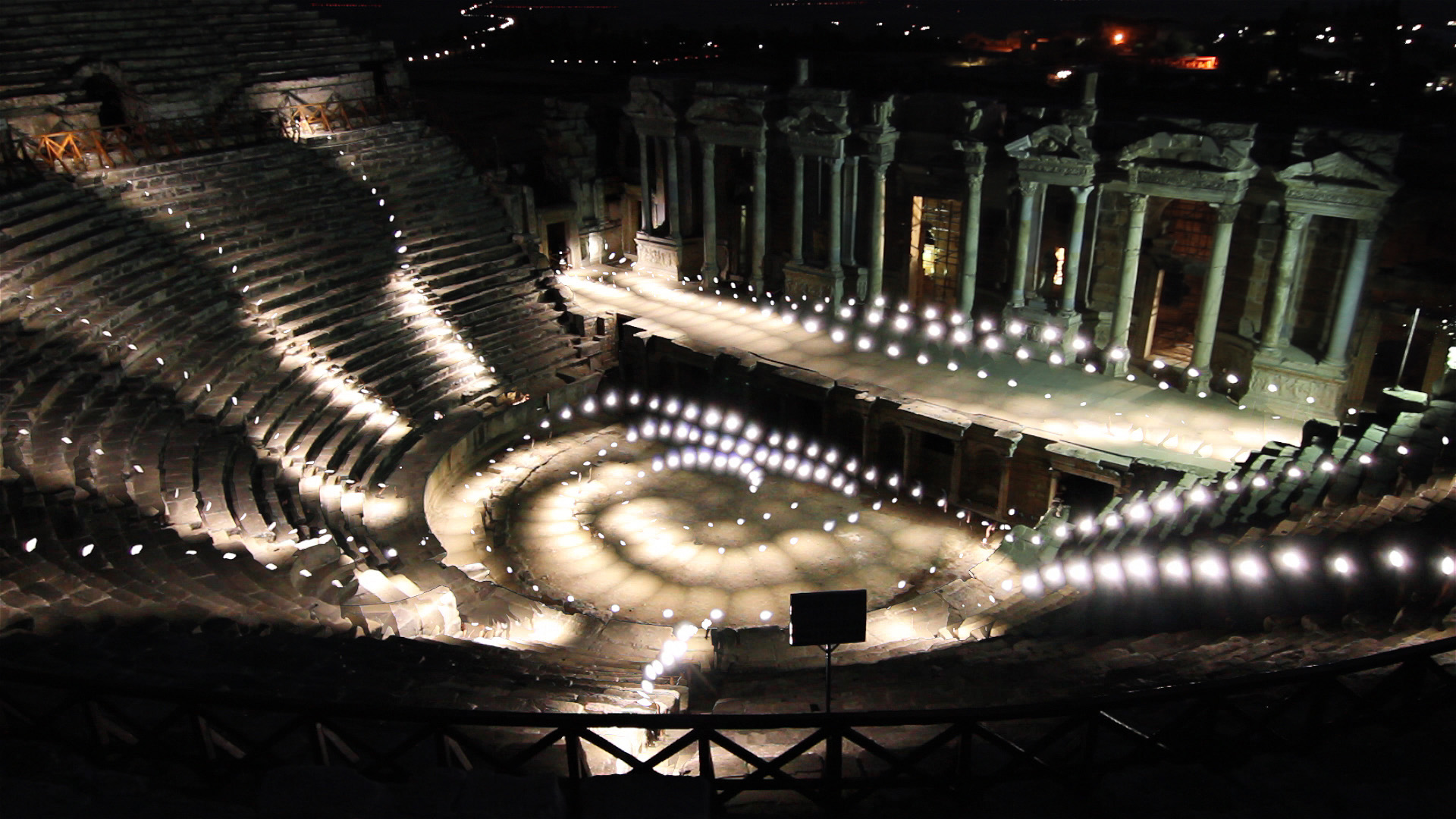 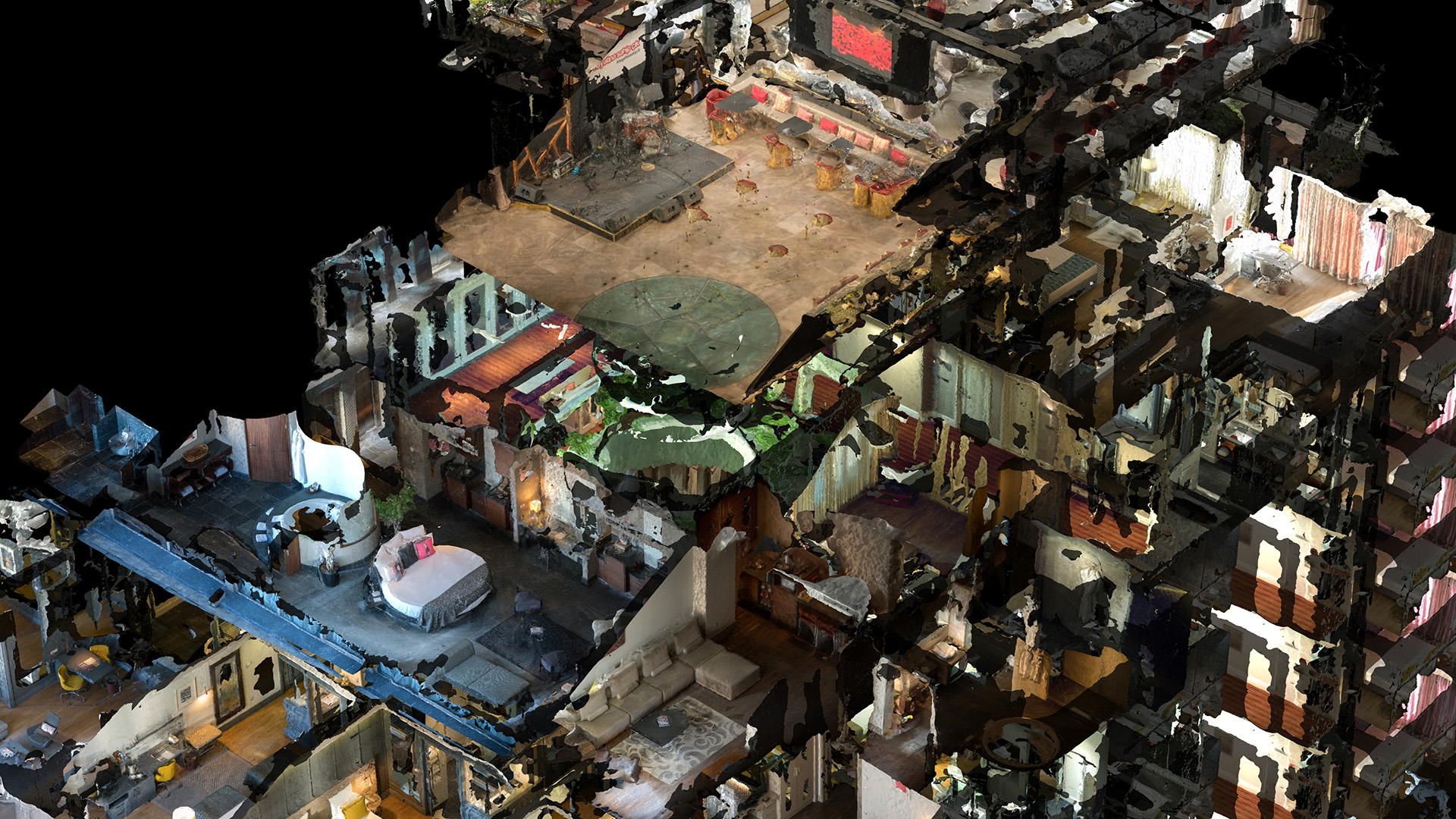 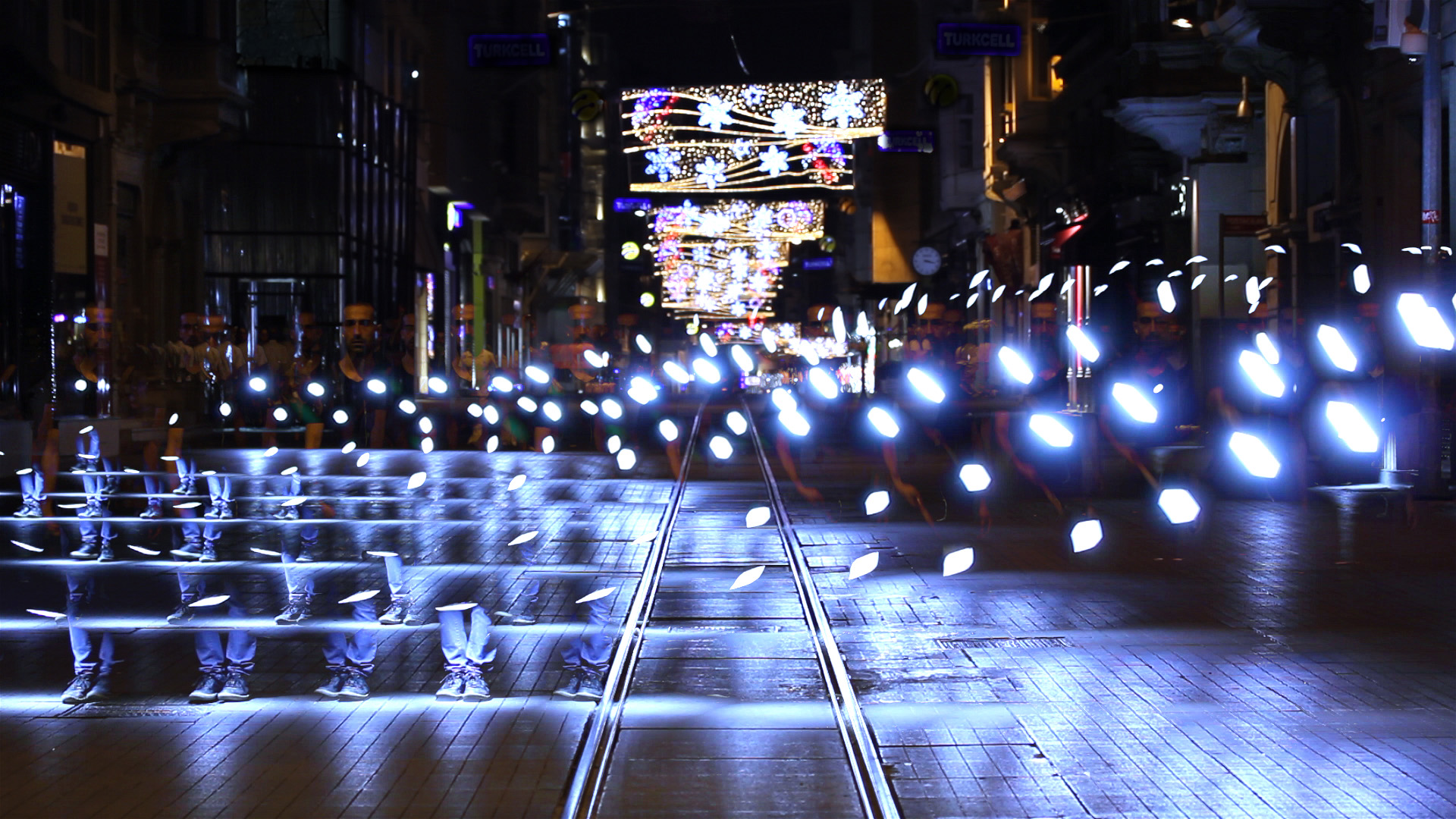 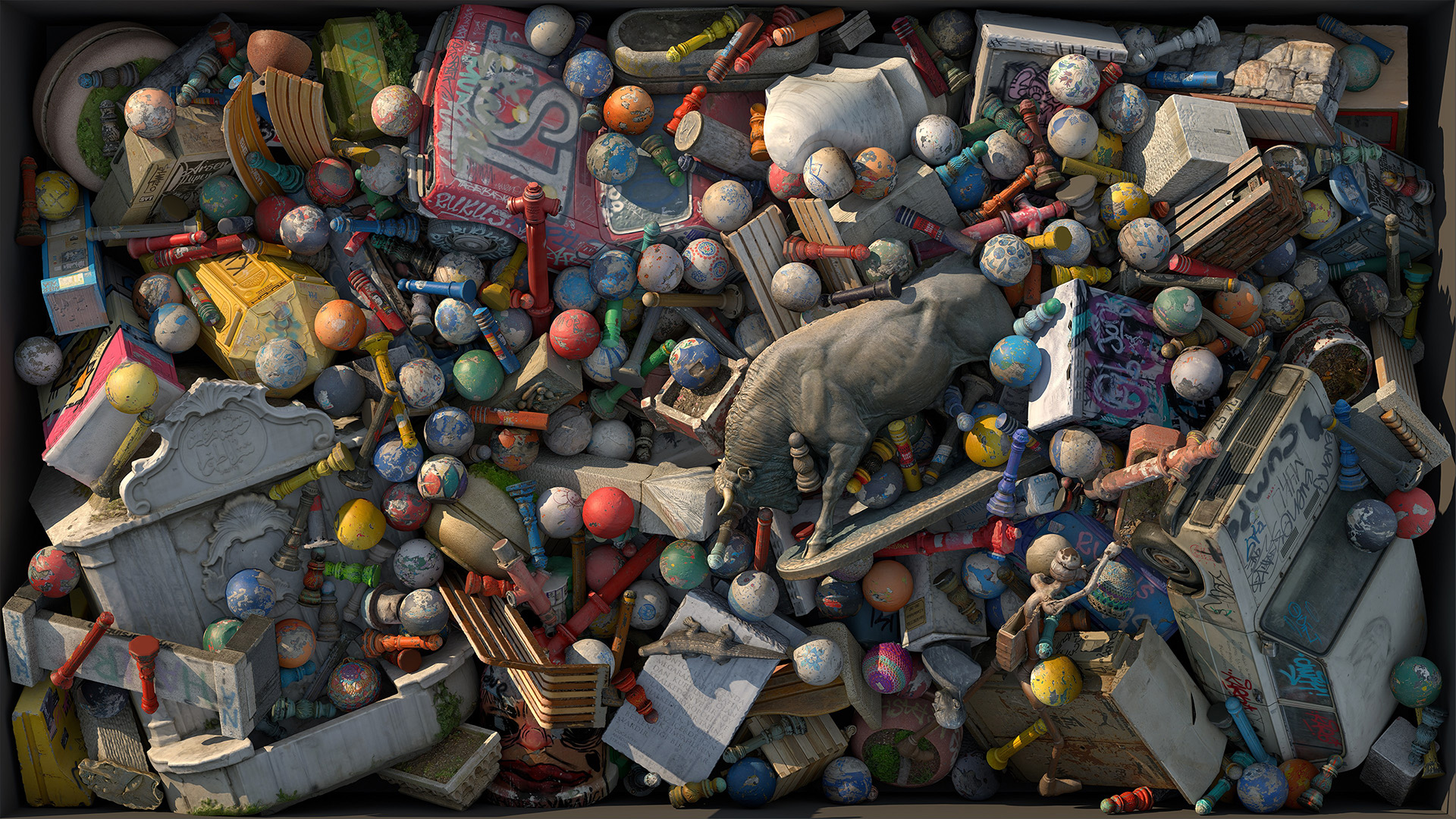 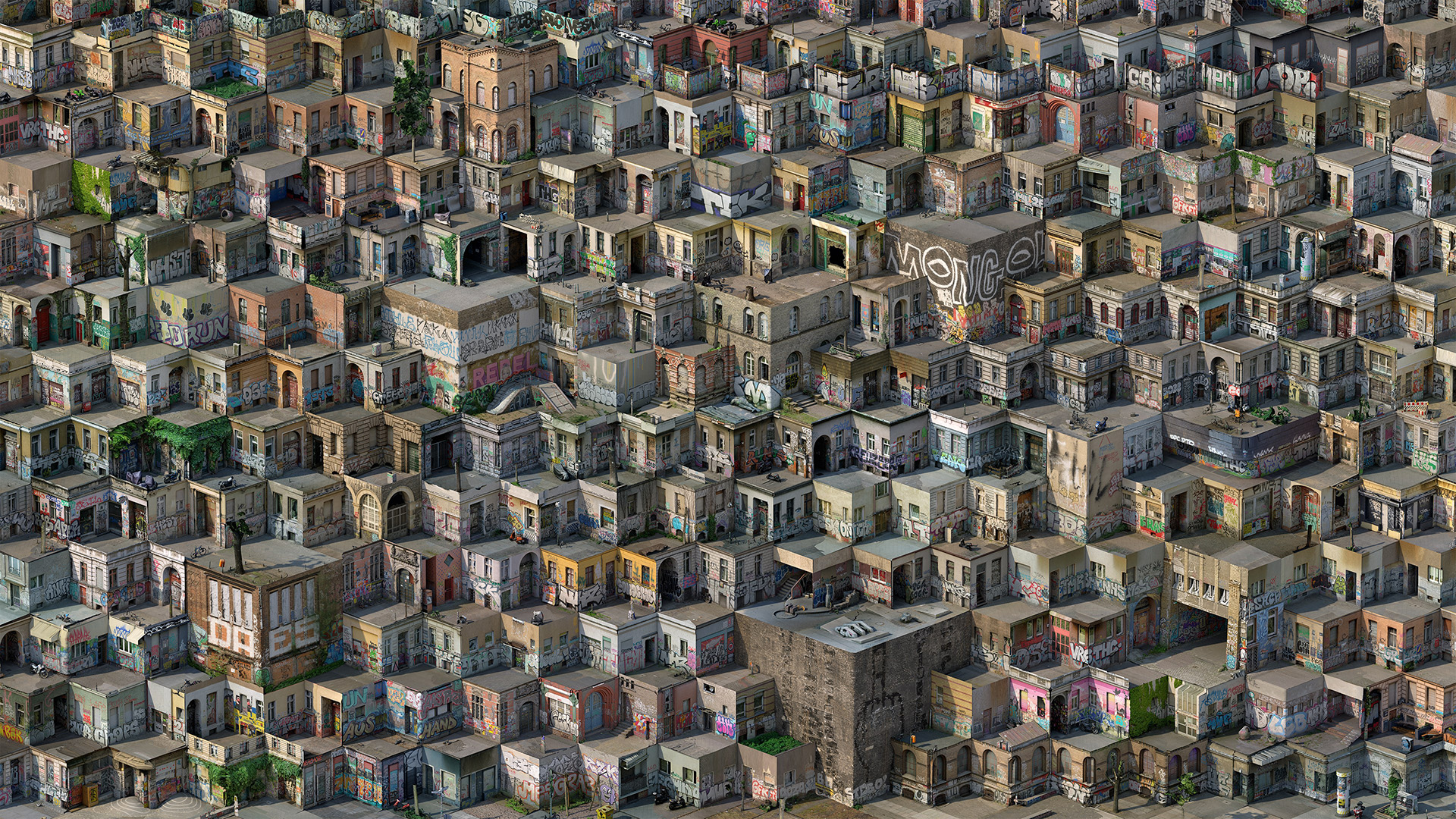 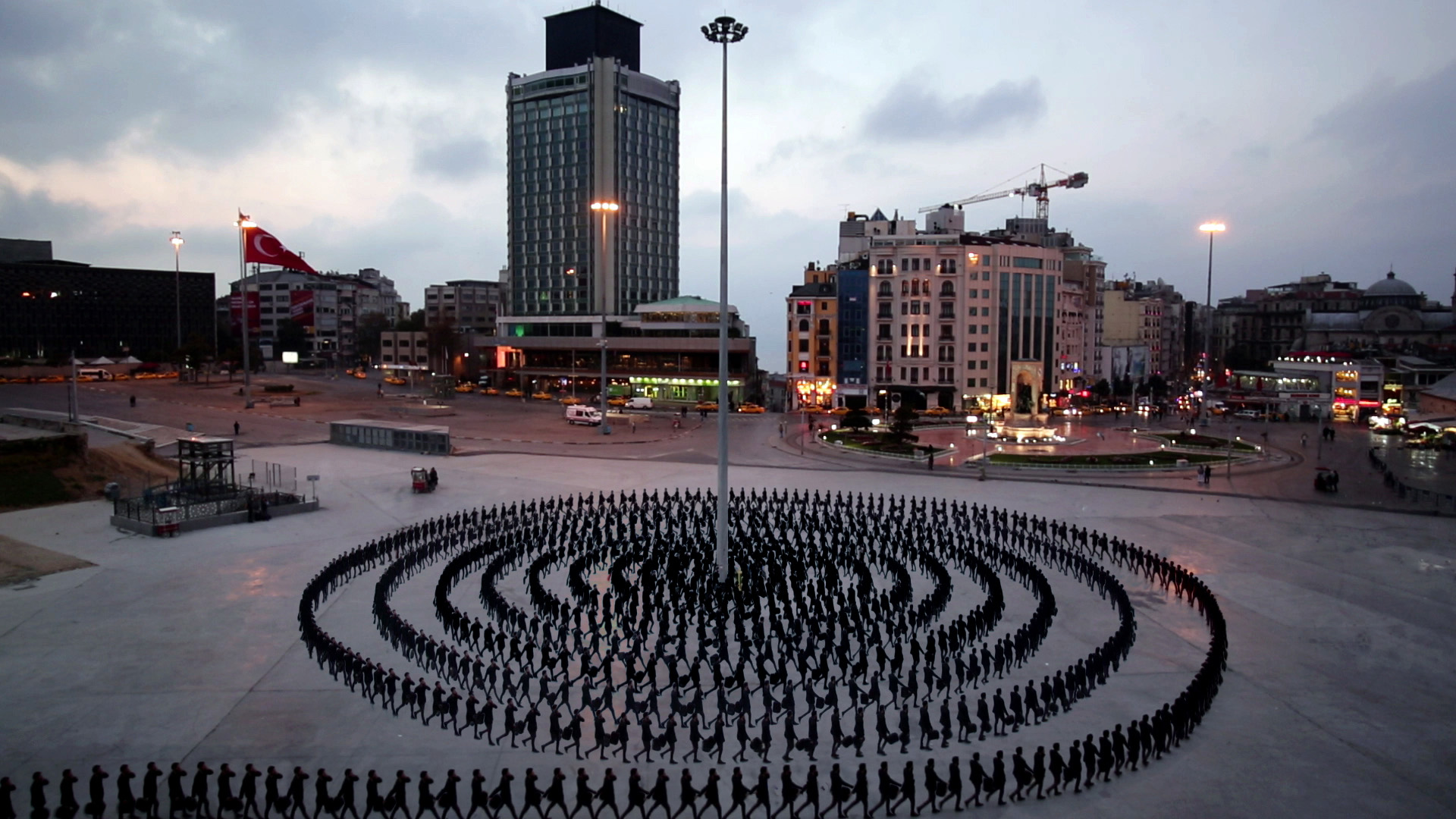 4- How do you go about transforming an idea into a physical piece?

I first filter my ideas through the feasibility of application. I know that I need to work with methods that I’m already familiar with or that I can learn. I think that a formalist approach that is open to being further developed contributes positively to an environment where new ideas can thrive.

5- What were your visual influences growing up?

The first instances of influence that I remember are downtown Ankara at night, deserted forests, snow, cartoon, Commodore 64, and the pictures in encyclopaedias.

6- What is your favorite place to see art?

Public spaces in the morning hours, museums and galleries.

7- What is the most indispensable item in your studio? In the words of Marie Kondo, what items "spark joy" for you?

8- How is your relationship to sound and music? What do you listen to for inspiration?

I like minimalists, they have always inspired me visually. Music is what I aspire to, while I’m self-aware that the same impact can’t be achieved with art.

9- What does it mean to be an artist in the twenty-first century?

In the last few years, it has become more democratic, but as a career choice, it is a very risky field. I don’t think being an artist carries a special meaning. I feel lucky that I can realize my fantasies and I don’t have to do anything other than elaborate on them.

10- What is the best piece of advice you’ve ever been given?

“Don’t worry about what others think of you” I guess. But I don’t think it’s realistic.

11- How would you describe the art world to a newcomer?

It’s very similar to other sectors; you need to be more than just creative to be successful.

12- What’s the oddest thing a gallerist/curator/collector has asked you to do?

I haven ’t yet encountered a strange request. But I’d love to hear one.

ABOUT THE WRITER
Serhat Cacekli (1988) is an San Francisco-based curator and art writer. He is a member of Collective Çukurcuma. He received his bachelor degree in Physics and Mathematics from Koç University. Cacekli contributes regularly to various printed and online art magazines such as Istanbul Art News, Milliyet Sanat, and XOXO the Mag. He is pursuing his Master’s Degree on Art Management at Yeditepe University. He has curated various exhibitions such as; Ghosts (Red Bull Art Around Arnavutköy, 2018), Survival Kit (Cultural Transit Foundation, Yekaterinburg and Space Debris, Istanbul, 2017), Grid (Mixer, 2016), Printed15 (Mixer, 2015), 31Kilo (Küntlerhaus Dortmund, 2014). 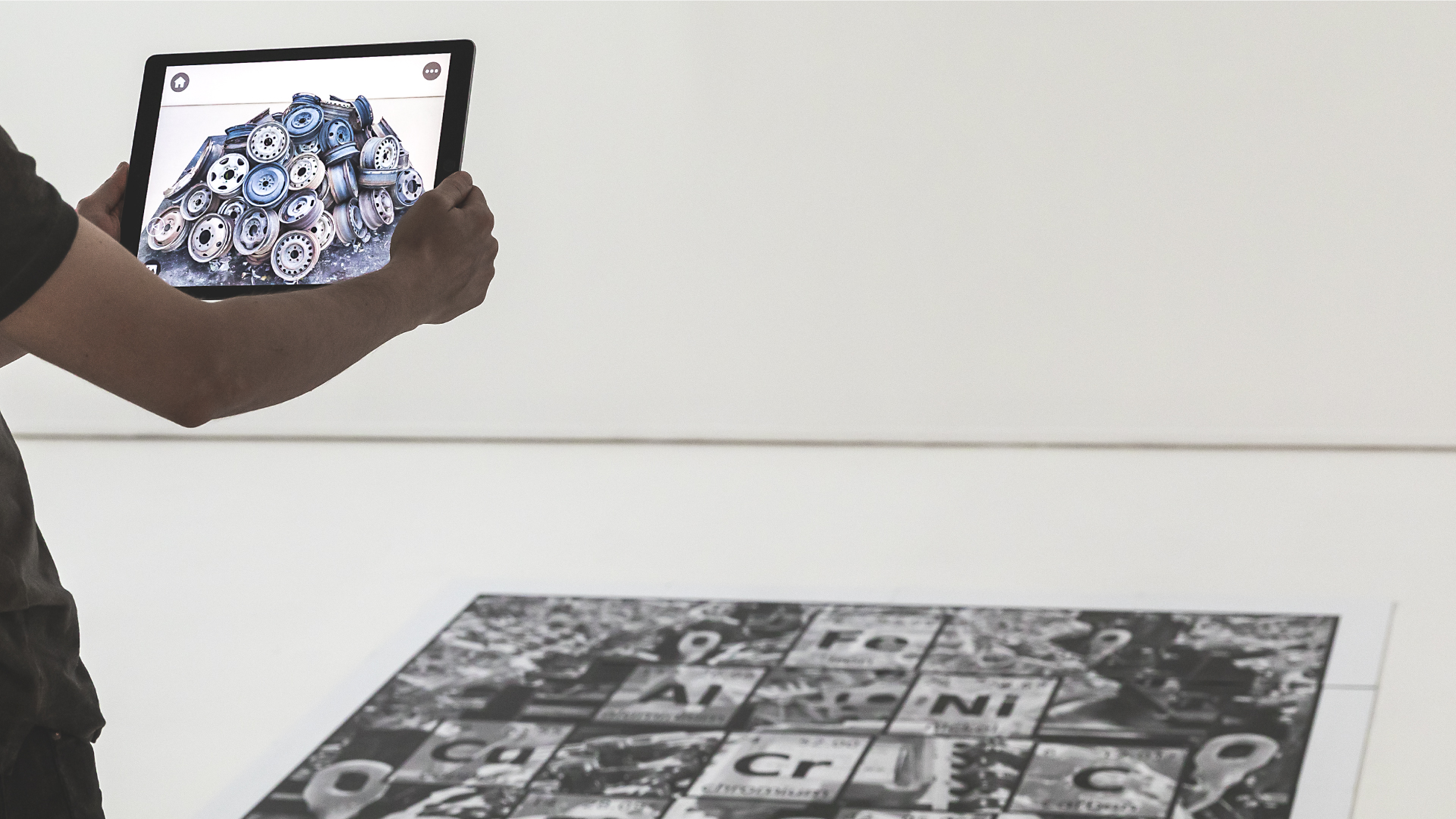 Curated by Kathleen Forde, Overture: Selections from the Borusan Contemporary Art Collection opened its doors to visitors on March 9th at the Haunted Mansion... 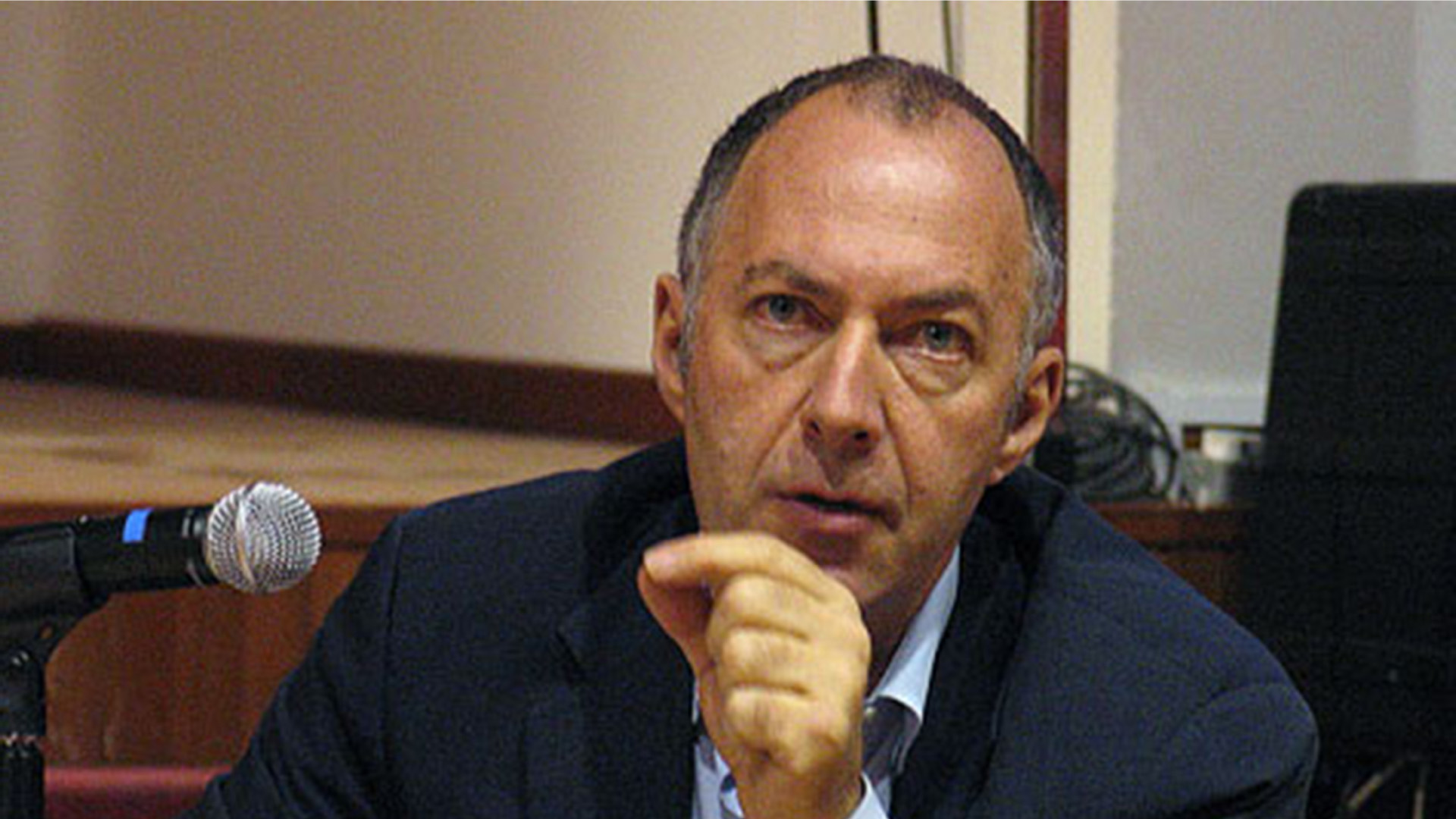 Guest curator of “Between Art and Physical Space” by teamLab presented at Borusan Contemporary in 2016.